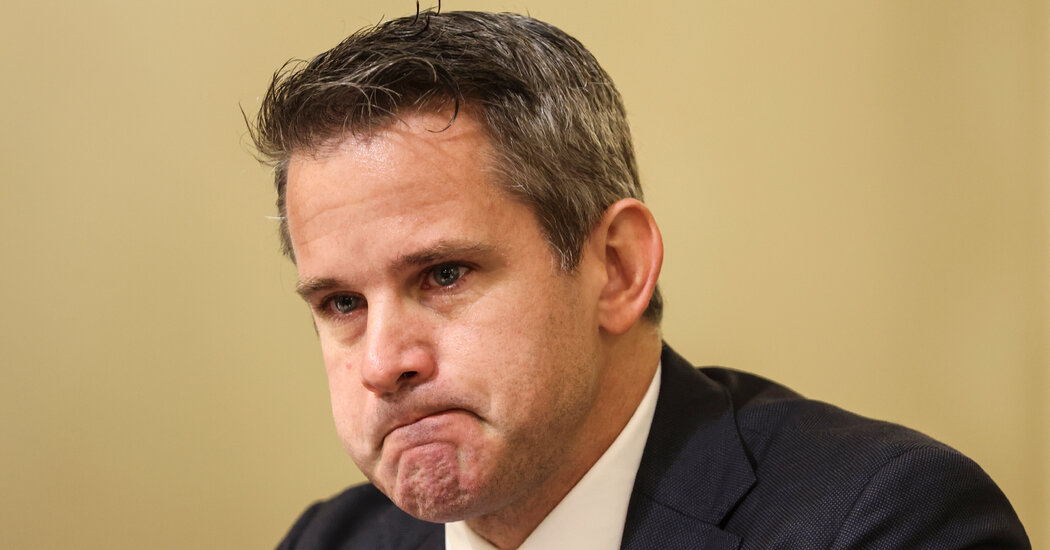 As lawmakers scrambled to evacuate the House chamber while a mob of pro-Trump supporters stormed the Capitol on Jan. 6, 2021, Representative Adam Kinzinger, Republican of Illinois, was blunt about what was unfolding.

“This is a coup attempt,” Mr. Kinzinger wrote on Twitter.

Unlike a vast majority of his Republican colleagues, Mr. Kinzinger has remained steadfast in condemning what happened that day and the role of President Donald J. Trump in stoking it. Some of those colleagues initially faulted Mr. Trump but later walked back their criticism and downplayed the severity of the attack. He has maintained his position despite reprehension from his colleagues, his political party and even members of his family.

Speaker Nancy Pelosi appointed Mr. Kinzinger to the committee after rejecting two lawmakers chosen by Republican leaders who had defended Mr. Trump after the riot. He joined Representative Liz Cheney of Wyoming, who has also been outspoken in condemning Mr. Trump and the riot, as the only Republicans on the panel.

“I’m a Republican dedicated to conservative values, but I swore an oath to uphold and defend the Constitution — and while this is not the position I expected to be in or sought out, when duty calls, I will always answer,” Mr. Kinzinger wrote in an opinion piece in The New York Times last year, explaining his decision to join the committee.

Mr. Kinzinger is not seeking re-election, in part because the new redistricting map approved by state officials eliminated his Republican-majority seat. But as he has doubled down on his criticism of Mr. Trump’s hold on his party, Mr. Kinzinger has also indicated he may seek higher political office.

Mr. Kinzinger is an Air Force veteran who served in both Iraq and Afghanistan before seeking congressional office. Now a six-term congressman, he remains a lieutenant colonel in the Air National Guard.

He had long been critical of Mr. Trump, but largely remained in lock step with the former president on policy issues. Mr. Kinzinger remains a relatively conservative lawmaker, but has at times supported Democratic-authored legislation, including sprawling gun reform legislation.

‘Leave It to Beaver’ star Tony Dow is still alive, despite statement from his management saying he died