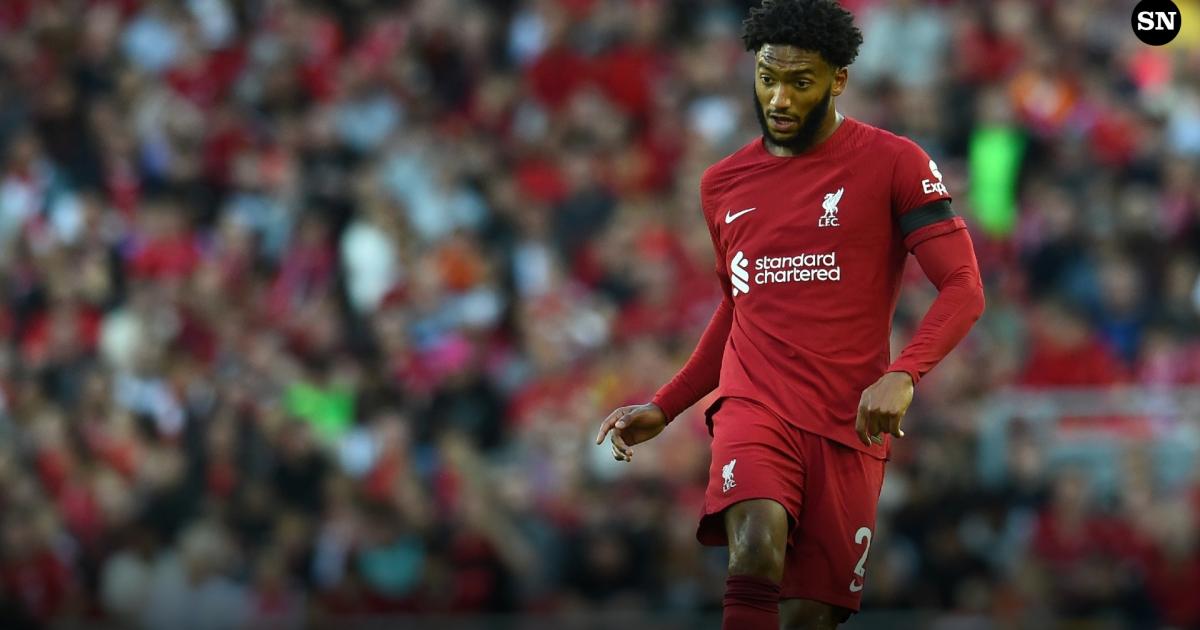 Liverpool have ended their 2022/23 preseason campaign with a 3-0 defeat at home to Strasbourg as a youthful Reds side struggled against their French visitors.

After winning the Community Shield 24 hours earlier, Jurgen Klopp was forced to rotate his entire starting XI at Anfield, with a team filled with teenagers on display.

Their inexperience was exploited immediately by a forceful Strasbourg attack with defensive errors punished for goals by Adrien Thomasson and Habib Diallo early on, before the former grabbed a deserved third for his team.

Klopp’s charges battled valiantly after the restart, but they were unable to conjure up a consolation, ahead of kicking off their Premier League campaign at Fulham on August 6.

With wholesale changes enforced by Liverpool’s preseason schedule, a starting XI lacking in top-flight nous was always going to struggle against a seasoned outfit.

However, alongside struggling against Strasbourg’s physicality, Liverpool’s highly rated youngsters were inept at maintaining concentration and utilising their ability to build possession.

Harvey Elliott and Fabio Carvalho showed some flashes of promise but other fringe players will be disappointed at a missed chance on the night.

Klopp has rotated his centre-back partnership during preseason with first choice pair Virgil van Dijk and Joel Matip both eased back in.

Van Dijk and Matip were both rested after completing 90 minutes in the Community Shield with Ibrahima Konate and Joe Gomez drafted back in.

Both players were caught out for Benjamin Sesko’s winner against RB Salzburg, and despite having more experience than the majority of starters at Anfield, they struggled again.

Strasbourg’s goals came from full-back errors, but neither Gomez nor Konate exuded leadership from the centre, as their Premier League opportunities took a hit.

Liverpool vs. Strasbourg updates and highlights from preseason friendly

A tough night for Klopp’s young Liverpool side at Anfield as the Reds end preseason with a 3-0 defeat against Strasbourg.

Three early goals put the game beyond the hosts, as despite their endeavour, Liverpool were unable to register a late goal.

It just has not been Liverpool’s night in front of goal!!

Morton swings a deep cross into the box but Phillips’ header is straight into Sels’ gloves.

85 Mins: Milner speeds into the box from Elliott’s lay off but Sels makes the block. Time is running out for Klopp’s young side to grab a consolation in their final preseason game of the summer.

80 Mins: More Liverpool pressure but a lack of killer edge in front of goal. Elliott’s flicked effort is grabbed by Sels before the England U21 international fires over the top.

75 Mins: Klopp has thrown Polish youth international Mateusz Musialowski in for the final 15 minutes. The 18-year-old is one of the highest rated prospects at the club.

69 Mins: Strasbourg could and should make it four as Diallo arrives unmarked in the box but his poor effort is wide.

64 Mins: Credit to this young Liverpool side as they keep on driving forward for a goal. Tyler Morton steadies himself on the edge of the box but Sels spring into life to make the save.

57 Mins: Changes for Liverpool as Bobby Clark and Sepp Van Den Berg come on for the injured Konate and Bajcetic.

52 Mins: Concern for Liverpool now as Ibrahima Konate is down injured and receiving treatment.

46 Mins: WE ARE BACK UNDERWAY AT ANFIELD

Nat Phillips is on for Mabaya at the break with Gomez moving across to right back.

Dominant stuff from Strasbourg against a youthful Liverpool side at Anfield with three early goals putting them in full control at the break.

Klopp will make changes in the second 45, but with only five substitutes available, his options are limited.

44 Mins: Chance for Liverpool just before the break as Matz Sels tips Bajcetic’s free kick over the bar.

41 Mins: A chance for Goal No.4 for Strasbourg as the giant figure of Ludovic Ajorque appears at the back post but his header drifts wide.

37 Mins: Carvalho and Elliott are both working hard to make an impact but Liverpool are really struggling to get a foothold in the game so far.

32 Mins: The hosts are slowly beginning to mount a response at Anfield as Mabaya’s cross flies across the Strasbourg box.

Liverpool young side are no match for their Ligue 1 visitors so far as Senaya battles past James Milner and Stefan Bajcetic and his cut back is buried by Thomasson, for his second goal of the night.

Strasbourg DOUBLE their lead at Anfield!!

A howler from Luke Chambers to gift possession to Habib Diallo to slam home past Davies. A mistake from both of Liverpool’s full backs in the opening stages.

12 Mins: A burst of excitement from Liverpool as Harvey Elliott slips in Fabio Carvalho to fire just wide.

4 Mins: STRASBOURG IMMEDIATELY INTO THE LEAD!!!

The visitors take a shock lead at Anfield!!!

A whipped ball across the box is not dealt with by the Reds back line and Adrien Thomasson steals in on Isaac Mabaya to poke them in front!!

KICK OFF: WE ARE UNDERWAY AT ANFIELD!!!

40 Mins to KO: Harvey Elliott and Fabio Carvalho start in a much changed Liverpool side at Anfield.

Starts for these two tonight 🙌 pic.twitter.com/NpynFDhSGB

As expected a completely new starting XI for Liverpool following their Community Shield win over City.

2 Hrs to KO:  One day after the team hoisted silverware, Jurgen Klopp will be hoping there’s no let-up from his Liverpool side as they look to close preseason on a high note in front of their home fans.

One kiss is all it takes 😘 pic.twitter.com/UaQ7QYq185

With less than 24 hours between their Community Shield success and this game, Klopp rests his big names at Anfield ahead of that vital clash at Fulham next weekend.

Strasbourg start their Ligue 1 campaign against AS Monaco next weekend and Julien Stephan will name a starting lineup with that game in mind.

UK: Matches are carried across Sky Sports and BT Sport streaming and TV platforms, with select matches on Amazon Prime.

USA: Select matches are televised on USA Network (English) and Telemundo or Universo (Spanish), and all three channels can be streamed on fuboTV. The rest of the matches are streamed on NBC platform Peacock for subscribers.

Canada: Every Premier League game streams live and on demand exclusively via fuboTV.

Australia: Fans in Australia can stream matches live and on demand on Optus Sport.