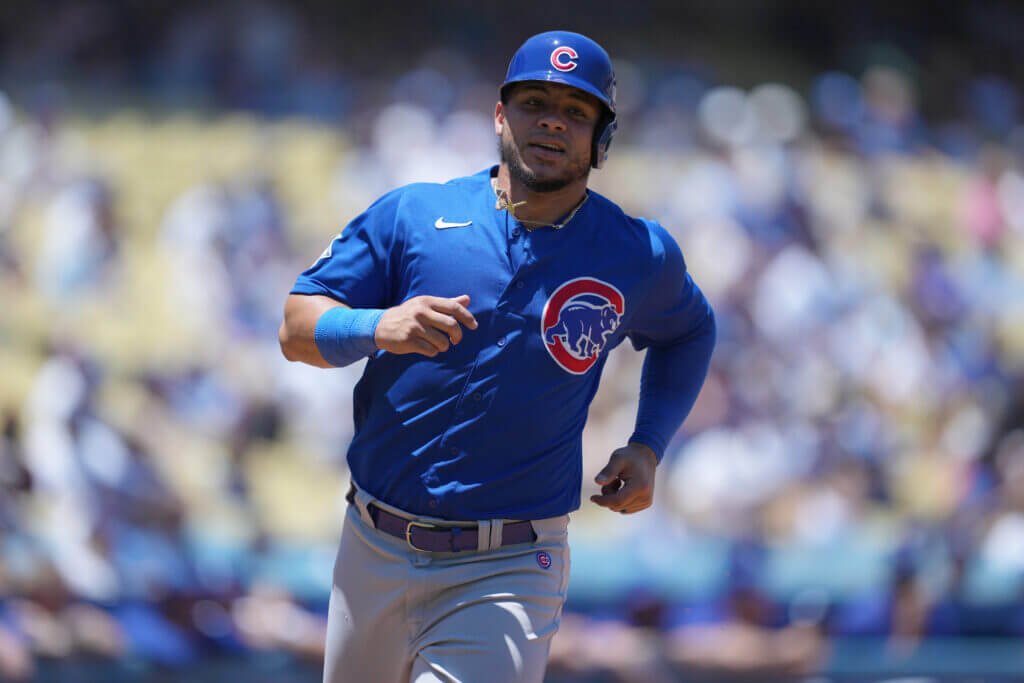 It’s A.J. Preller’s world, and the rest of the baseball industry is just living in it.

OK, maybe that’s an overstatement. But true to form, Preller is pursuing a dizzying number of deals and seems virtually certain to make at least one major move before Tuesday’s trade deadline at 6 p.m. ET.

Will it be with the Nationals for right fielder Juan Soto? The Cubs for catcher Willson Contreras, left fielder Ian Happ and perhaps even reliever David Robertson? The Athletics for righty Frankie Montas and perhaps catcher Sean Murphy or outfielder Chad Pinder, all of whom played for Padres manager Bob Melvin in Oakland?

At this point, probably not even Preller knows. To some degree, he is exploring each of the above possibilities, according to major-league sources. He also has made a run at the Angels for Shohei Ohtani, not that anyone in the industry expects the two-way star to move.

Other GMs keep their pulse on the entire market, but few are as creative and aggressive as Preller. Some teams might act first on players in whom he has interest and close off certain options for the Padres. New avenues might open for certain clubs depending upon the course Preller pursues.

Preller has prospects to trade, shortstop C.J. Abrams and outfielder Robert Hassell III for starters, but also two high-ceiling players from the 2021 draft, shortstop Jackson Merrill and outfielder James Wood, both of whom are from Maryland, making them relative locals for the Nationals. Preller also has contracts he would like to move, most notably that of Eric Hosmer, who is owed the balance of his $20 million salary this season and $39 million from 2023 to 2025.

The Padres and Cubs have spoken about different concepts for the last 12 months, including one last summer that would have sent first baseman Hosmer and a top prospect to Chicago for an unspecified return.  If the Padres land Contreras, it might compel the Mets to move on a J.D. Martinez-Christian Vázquez package from the Red Sox. The Mets, though, are exploring numerous other possibilities, sources said.

Besides the Padres, Montas is a target for the Twins, Yankees and Blue Jays (MLB.com’s Jon Paul Morosi first noted the Jays’ interest). The Astros, seeking a catcher, are among several clubs reporting a high price on Contreras. According to one source, they are focusing more on Vázquez.

The final hours will be intense. And Preller, as always, figures to be in the middle of the action.

Mookie, Trea, Freddie … And Soto, too? 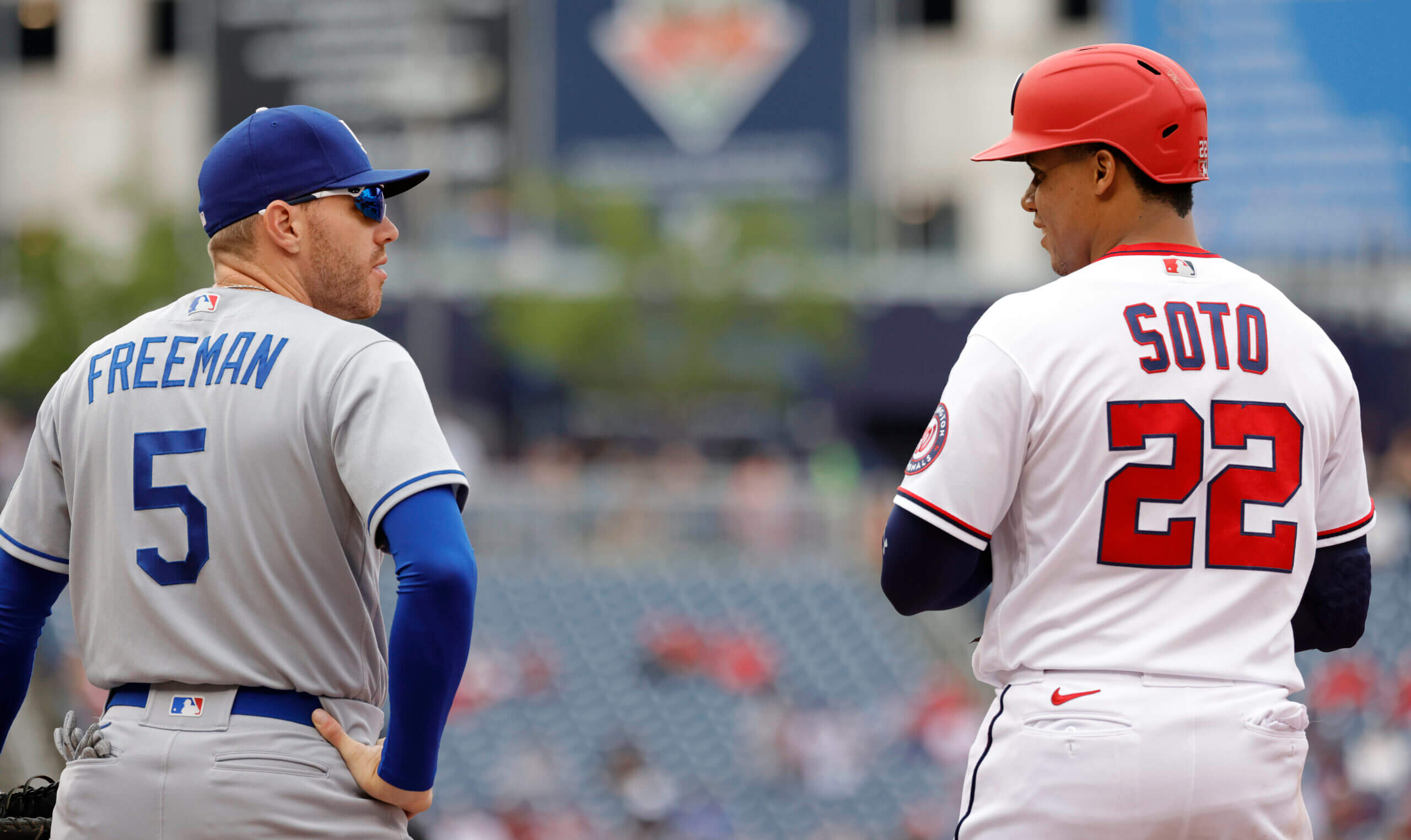 Don’t rule out the Dodgers on Soto. They have been in contact with the Nationals, and if the Padres make a splash somewhere else, it might create the opening L.A. needs to pull off another deadline stunner.

All this assumes that Preller is willing to concede on Soto (unlikely, particularly if he fears the Dodgers are in the mix) and the Nationals indeed are willing to trade him (something no one will know until 6 p.m. Tuesday).

Dodgers president of baseball operations Andrew Friedman keeps tabs on every big name, a routine he followed even during his days with the budget-minded Rays. A year ago, the Dodgers came seemingly out of nowhere to beat out the Padres for Max Scherzer and Trea Turner. A more significant package would be required to land Soto, but imagine the Dodgers if they added him to a lineup that already included Turner, Mookie Betts and Freddie Freeman. Frightening.

Brewers’ Hader: Truly available or not?

The Brewers are again listening to overtures for closer Josh Hader. The conversations might be little more than due diligence. But as the Brewers head toward their fifth straight postseason appearance, their motivation to trade Hader might be increasing.

• Hader’s $11 million salary likely will increase to the $16 million range next season in his final year of arbitration before becoming a free agent.

• His preference to limit his appearances to one inning restricts his value to the club, and would be of particular concern in the postseason.

• Devin Williams, who has produced 30 straight scoreless appearances, striking out 47 in 28 2/3 innings, could replace Hader as the Brewers’ closer.

Hader, 28, has allowed just one run in his last four appearances, recovering from a difficult six-game stretch that increased his ERA from 1.05 to 4.50. Trading him only would make sense if the Brewers could acquire a hitter they desire, or young players who could help them address various needs.

For Blue Jays, a diminished need

For all the talk about the Blue Jays needing a left-handed hitter, they entered Sunday ranked second in the majors in OPS vs. right-handed pitching and third in runs per game. They do not appear strongly in the mix for Soto. They might not add a left-handed bat at all, focusing instead on relievers with swing-and-miss stuff.

The addition of any meaningful left-handed hitter likely would require the Jays to trade a right-handed bat, a complicated two-step process that likely would be difficult to pull off. The Jays also are mindful of disrupting their chemistry. Their right-handed hitting corner outfielders, Teoscar Hernández and Lourdes Gurriel Jr., are among the most popular players in their clubhouse.

Don’t get caught up in labels

Neither the Giants nor Red Sox are likely to be pure sellers. Both teams will be reluctant to concede when their playoff odds are hovering around 20 percent, and both will want to bounce back quickly in 2023.

Thus, the Red Sox are seeking major leaguers in return for rentals such as designated hitter J.D. Martinez and catcher Christian Vázquez. And the Giants, even if they move some of their own rentals — most notably, left-hander Carlos Rodón and outfielder Joc Pederson — figure to focus on improving their major-league athleticism and defense short-term.

The Rays, following their usual practice, are another club considering all angles. For example, at a time when they need offense, they might actually trade a hitter such as first baseman Ji-Man Choi.

The Astros, according to sources, are showing interest in Choi as a possible alternative to their apparent No. 1 choice at first, the Nationals’ Josh Bell. The Rays currently are playing short-handed with shortstop Wander Franco, and outfielders Manual Margot and Harold Ramirez on the injured list. But if they traded Choi, they would make other moves to recoup the offense they lost, trying to create the best possible 13-man position-player group.

• Bell, a native of Irving, Texas, a suburb of Dallas, told me over the weekend that he wouldn’t mind a trade to Houston. Bell and his wife, Lia, welcomed their first child, a daughter named Noa, in December. Houston is about a 3 1/2-hour drive from Dallas, and Bell’s parents would be in a better position to help with the baby if he spent the final few months of the season with the Astros. He is a potential free agent.

• Reds infielder Brandon Drury, drawing interest from multiple clubs, is not certain to be traded. The Reds might be interested in exploring an extension with Drury, who turns 30 on Aug. 21 and slugged his career-high 20th homer as a pinch-hitter on Sunday. Of course, the Reds could always trade Drury and re-sign him as a free agent. But if they move him, they would lose their right to negotiate with him exclusively until the market opens.

• The Guardians are among the teams to express interest in the Athletics’ Murphy, but a deal remains more likely in the offseason than at the deadline. The A’s only will move Murphy in the next two days if sufficiently motivated. Otherwise, they prefer to wait until the offseason, when more teams will be open to adding a catcher.

• And finally, Nationals infielder Ehire Adrianza might one day be in the middle of the action of the deadline, but not as a player. Adrianza wants to become a general manager, and to that end, he is taking sports management courses online through the Honors College at Miami-Dade College.

The classes run during the school year on Mondays and Wednesdays from 8 a.m. to 12 p.m. While those hours can be difficult for a major leaguer, Adrianza says the work helps take his mind off baseball.