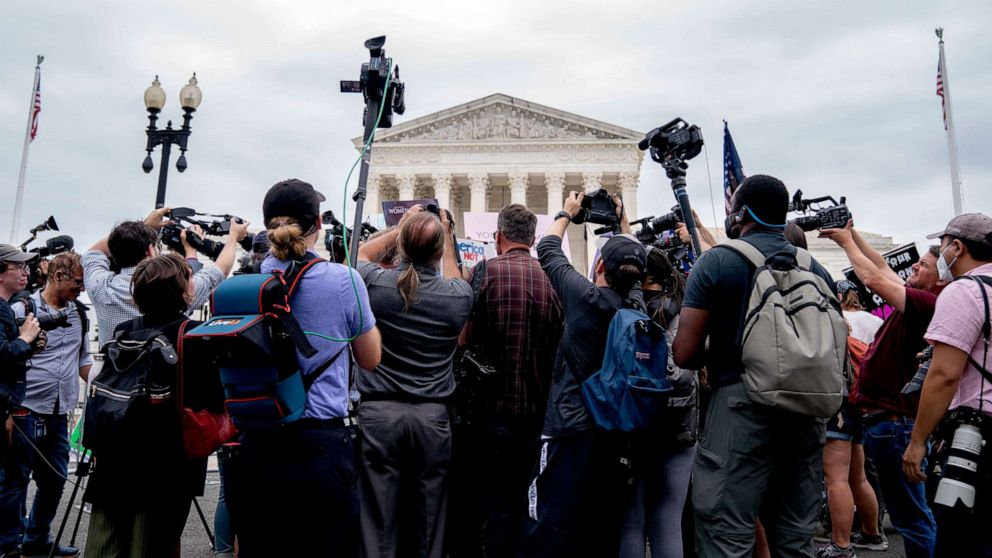 The Supreme Court ruling Thursday striking down a New York state law limiting the right to carry a concealed handgun in public is sparking a furor from Albany to Washington as gun safety activists and Democrats warn the ruling will lead to more guns, and more violence.

The high court’s ruling struck down the century-old law mandating that gun owners demonstrate “proper cause” to carry a concealed handgun outside of their homes.

The 6-3 opinion was authored by Justice Clarence Thomas for the conservative majority with the three liberal justices dissenting.

President Joe Biden said he was “deeply disappointed” by the ruling, saying it “contradicts both common sense and the Constitution, and should deeply trouble us all.”

“In the wake of the horrific attacks in Buffalo and Uvalde, as well as the daily acts of gun violence that do not make national headlines, we must do more as a society — not less — to protect our fellow Americans,” he said in a statement. “I urge states to continue to enact and enforce commonsense laws to make their citizens and communities safer from gun violence.”

The decision sparked an outcry among New York Democrats, including New York Democratic Gov. Kathy Hochul, who said she might call a special session of the state legislature to consider responses to the ruling — falling just six weeks after 10 Black people were killed in a mass shooting at a Buffalo supermarket.

“It is outrageous that at a moment of national reckoning on gun violence, the Supreme Court has recklessly struck down a New York law that limits those who can carry concealed weapons,” Hochul tweeted.

“In response to this ruling, we are closely reviewing our options — including calling a special session of the legislature,” she added. “Just as we swiftly passed nation-leading gun reform legislation, I will continue to do everything in my power to keep New Yorkers safe from gun violence.”

New York City’s Democratic Mayor Eric Adams warned that the ruling would allow for more guns on the streets and put residents at risk.

“We have been preparing for this decision and will continue to do everything possible to work with our federal, state, and local partners to protect our city. Those efforts will include a comprehensive review of our approach to defining ‘sensitive locations’ where carrying a gun is banned, and reviewing our application process to ensure that only those who are fully qualified can obtain a carry license,” he said in a statement.

“We will work together to mitigate the risks this decision will create once it is implemented, as we cannot allow New York to become the Wild West,” he added, ahead of a public press conference.

Democrats in Washington, meanwhile, bemoaned the decision, noting that it comes as the nation grapples with a spate of high-profile mass shootings, including in Buffalo and at an elementary school in Uvalde, Texas.

“Just weeks after mass shootings in Buffalo and Uvalde, as parents and young people across the country call for an end to gun violence, the far-right Supreme court has struck down one of the nation’s oldest gun safety laws. Congress must pass gun safety legislation now,” Sen. Ed Markey, D-Mass., tweeted.

“This right-wing Supreme Court just gave in to the gun lobby and struck down a critical New York State gun control law. As we face rising gun violence across the country, this decision will only make it harder to protect New Yorkers from dangerous weapons in our communities,” added Rep. Mondaire Jones, D-N.Y.

Aligned groups advocating for stricter gun laws echoed those lamentations, painting in stark terms the violence they say could follow the ruling.

Republicans and gun rights groups, for their part, hailed the ruling, casting it as a needed protection of the Second Amendment.

“Today’s SCOTUS decision reaffirms what we already knew: the right to keep and bear arms shall not be infringed,” tweeted Sen. Steve Daines, R-Mont. “This is a major victory for law-abiding gun owners across America.”

“While states like NY have tried to restrict your Constitutional 2nd Amendment right through burdensome laws and regulations, today’s Supreme Court ruling rightfully ensures the right of all law-abiding Americans to defend themselves without unnecessary government interference,” said House Minority Leader Kevin McCarthy, R-Calif., in a tweet.

“The right to self-defense and to defend your family and loved ones should not end at your home. This ruling brings life-saving justice to law-abiding Americans who have lived under unconstitutional regimes all across our country, particularly in cities and states with revolving door criminal justice systems, no cash bail and increased harassment of law-enforcement,” NRA chief Wayne LaPierre said in a statement.

The reactions come as Congress is working to move forward with a gun reform bill that would, among other things, provide funds for states to implement so-called red flag laws and close the “boyfriend loophole” to keep weapons out of the hands of domestic abusers, and break a 26-year long stalemate on bipartisan gun legislation on Capitol Hill.

The legislation is expected to ultimately pass, with 15 Senate Republicans voting Thursday to end debate on the bill ahead of a final vote by the end of the week and House Democrats, expected to be supportive, controlling that chamber.

Google suspends engineer who claims its AI is sentient