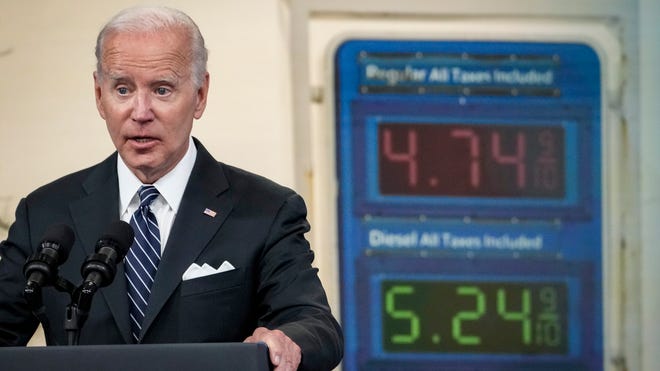 President Joe Biden called on Congress to suspend the federal gas tax through the end of September “to give Americans a little extra breathing room” as they face soaring gas prices. If there is a gas tax “holiday,” how much would U.S. drivers see in savings?

The federal gas tax is imposed on refiners such as Exxon Mobile and Chevron, which means any savings from a tax holiday would trickle down to consumers instead of going into effect directly at the pump. The tax is 18.4 cents per gallon on gasoline and 24.4 cents per gallon on diesel fuel.