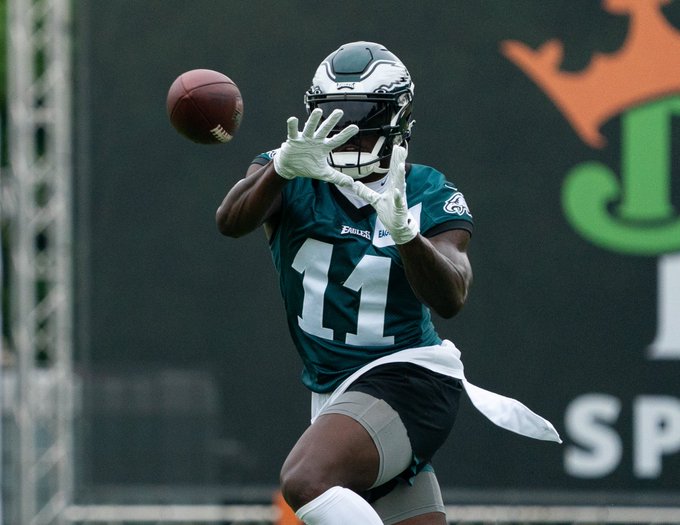 Stop me if you’ve heard this before: A.J. Brown takes another dig at the Tennessee Titans in new tweet.

Brown, who is clearly still struggling with being traded to the Eagles on draft day, took an unprompted shot at the Titans on Sunday.

Basically all 4 of us got the same contract and I’m the only one got traded… yeah keep believing it was me . Anywho Go Birds 🦅 #CarryOn

The tweet came after San Francisco 49ers WR Deebo Samuel signed a contract extension on Sunday. The 49ers signed the star receiver to a three-year extension worth $71.55 million, including $58.1 million guaranteed.

The #49ers and star weapon Deebo Samuel worked for months and get it done. He lands a huge deal — 3 year extension worth $73.5M max and $71.55M total. The guarantee is $58.1M. He’ll be 29 years old entering the last year of his deal with the potential for another massive one.

The four players Brown is referring to are D.K. Metcalf, Terry McLaurin, Samuel, and himself. All four were selected in the 2019 NFL Draft.

Here is how each extension shakes out, per Spotrac.com:

Brown, Metcalf, and Samuel are all represented by the same agent, Tory Dandy of CAA Sports. The trio also all hinted at trade requests over the offseason, though Brown was the only one actually dealt.

McLaurin, the least problematic of the quartet, never requested a trade, but did hold out of minicamp as his extension was being ironed out.

The Titans moved on from Brown quickly, drafting WR Treylon Burks with the 18th overall pick in April’s draft. On the other hand, Brown’s Twitter fingers have created plenty of controversy this offseason.

Will A.J. Brown ever get over the Titans shipping him off to Philadelphia? Find out next episode on Twitter.com, if it isn’t already deleted.